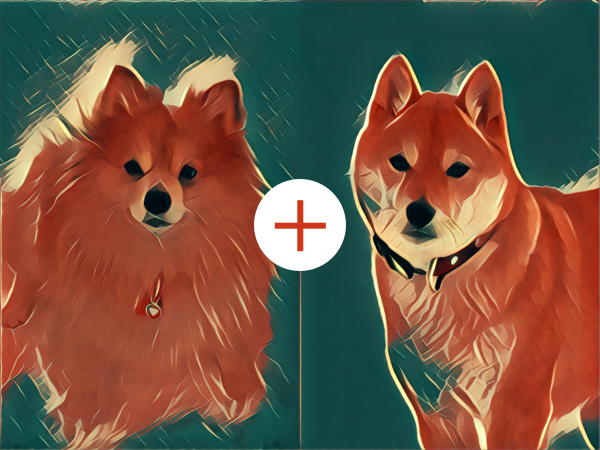 The Shiba Inu Pomeranian mix is the kind of pooch any person would want to cuddle. Also known as Pom-Shi, these fabulous doggos are simply soo full of life and energy!

5 Things You Need To Know About the Shiba Inu Pomeranian mix!

1. They’re active dogs! Despite being little in size, these dog’s require at least 45 to 60 minutes of daily exercise.

2. They can be picky about food! We’ve all known about Pomeranians being exceptionally fussy eaters. Well, you Pom-Shi may be no exception.

3. They’re prone to dental problem! Make sure you brush your pups teeth as often as possible, as they are a breed that can be at risk of developing dental disease.

4. Shiba Inu Pomeranian mixes can live a long healthy life if well cared for. The average lifespan of this mix can be estimated to be 12 to 16 years.

The Pom-Shi is a small-sized dog that can stand anywhere from 6 to 12 inches in height. These dogs are lap dogs and can weigh no more than 7 to 15 lbs.

The Shiba Inu Pomeranian cross is going to retain that iconic fox-face look. This is because, both it’s parent breeds come from the Spitz family, and so attain that foxy look.

Their ears are triangular and erect, while their eyes tend to have a triangular appearance. Overall, the Shiba Inu Pomeranian mix will have a compact, short body.

Their coat is often quite dense to the touch, it’s often medium to long in length and does shed weekly.

These pups can come in a wide range of bi-and tricolors. To name a few, here are some color combinations your Pom-Shi can come in!
• Cream sable
• Tri-colors with red sable, white, orange
• Wolf sable
• Red
• Blue & tan
• Black & tan
• Brindle
• Chocolate & tan

The Nosey Little Dog—Personality and Temperament of the Shiba Inu Pomeranian mix.

Nothing best describes the sweet loving Shiba Inu Pomeranian mix as a curious, playful, and a little bit cocky!

These mix breeds retain their cocky, naughty personality from the flamboyant Pomeranian. While, their independent, standoffish nature can be attributed to the Shiba Inu.

These dogs are naturally friendly by nature, so they will be quite tolerant of other pets and people. However, they can get nippy if pestered too much. So, children and small pets should never be left unsupervised with them.

Around strangers, the Pom-Shi can be described as an alert, watchful dog. They may bark if they feel unsafe, but don’t worry! For the most part, these pups will not attack people.

When it comes to trainability. It’s important to bear in mind that these dogs can be quite stubborn. They like to get their own way and can be hard to train if they’re spoilt a lot! 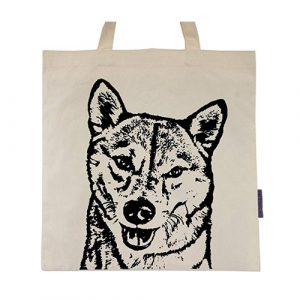 Ethical Considerations and Health Concerns of the Pom-Shi

Both the Shiba Inu and Pomeranian are fairly healthy breeds. The Shiba Inu, for instance, is at risk of developing hip dysplasia and hypothyroidism.

While the Pomeranian is more at risk of developing conditions such as patent ductus arteriosus, retained testicles, entropion, tracheal collapse, and hydrocephalus.

While your hybrid may not necessarily develop the listed medical conditions. It’s important to remember, that every dog’s health can be determined by its genes and lineage.

This is why veterinarians will stress the importance of proper breeding. So, backyard breeders and puppy mills are what we consider immoral since those “breeders” have no regard—nor are educated on the importance of genetic control.

Do you have a question about your Shiba Inu Pomeranian mix? Let us know in the comments below